Mike Evans was the first person to submit an idea for the monthly art lottery when I started back at the end of January, and this month that very first entry was drawn!

Mike runs a fantastic blog over at Wrath of Zombie, and he is perpetually writing gaming material, ranging from system adaptations to original campaign worlds. One of those worlds of his, a grim and grimy sword & sorcery world called Hubris, has gleefully commandeered much of his attention. And it kicks ass.

Mike wanted a Tetsuo: Iron Man inspired plague beast fighting and infecting body guards. When I asked Mike to elaborate, he ended up mentioning The Thing as additional inspiration, and that's when I found the look for the beast. Here's the scene: 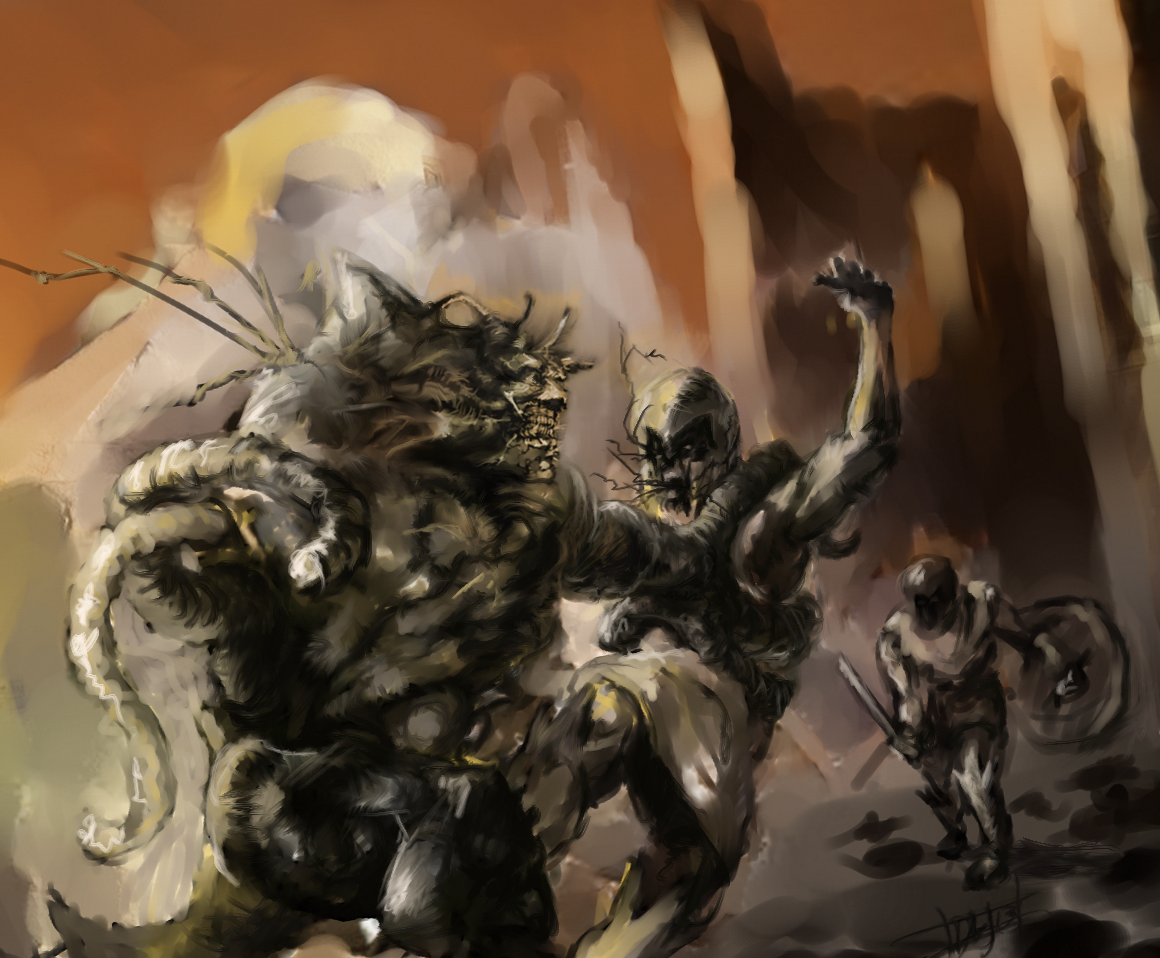 Ultimately this beast doesn't have quite as much metal on his body as Tetsuo, but the cancerous ick makes up for the missing industrial ugliness.Cheers Mike!

As always, feel free to keep submitting ideas! The next drawing goes down on the 5th of May.

You can submit here.

Posted by David Lewis Johnson at 5:00 AM