Erin Gillett can shred. And shred and shred and shred. He shreds more upon waking up than most rockers do when fully warmed up, onstage in front of  a packed house, and 3 shots of whiskey into a hard rock tunnel. Which might be why I like him so much, enhanced by the fact that this Montana boy does Black Metal like nobody's business. I wrote a year-end review over at the Modus Operandi zine blog featuring some of my favorite local bands this year. I hadn't met Erin yet, but I had to mention Throne of Lies out of respect for their sheer radness.

Later I was lucky enough to be approached by Erin at a show and asked to whip up a Throne of Lies band logo. Apparently, Rachid from Zebulon Kosted had told Erin that my design work might be up his alley. Lucky me! I busted this puppy out during a week in which I had 4 other deadlines, but I believe it came out more awesome than it would have on a quiet week. I have included both raster and vectorized versions for your perusal, although the vectorized piece is actually just a .png of the vector itself. 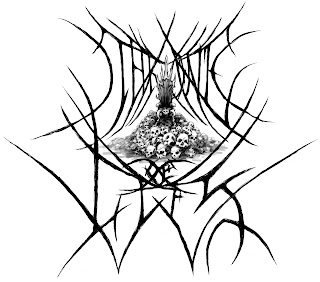 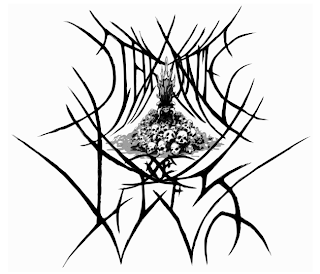 You can notice some subtle differences in cleanliness and detail, so there you go. I would like to link to Throne of Lies website, but alas, there is none to be had yet. I will, however, post more about them as they expand their empire of villainy. Hit me up if you like what I'm doing, need a logo made, or would just like to talk about, you know, things 'n' stuff. Peace!

Posted by David Lewis Johnson at 8:00 AM